“Adam and I met in New York in June 2015 and became inseparable almost immediately. 10 months later we moved in together and 3 months after that we picked up and moved to Los Angeles for a job opportunity. In LA we lived on the beach and adopted our sweet chihuahua, Amelia. After a fun year exploring the West Coast of the US, we moved back to New York with Amelia, where we planned our wedding and honeymoon trip of a lifetime.

The proposal was magical. We arrived in Budapest and were in awe of the beauty of the city as we walked around, we crossed over the bridge onto Margaret Island and rented bikes to ride through the gorgeous gardens. We arrived in the Japanese Gardens at the back of the island and got off our bikes to explore and take pictures. In front of the waterfall and pond, Adam got down on one knee and proposed. It wasn’t until after I processed what was happening, that I noticed a photographer behind him, capturing the perfect moment.”

This amazing Elopement was also featured on Wandering Weddings 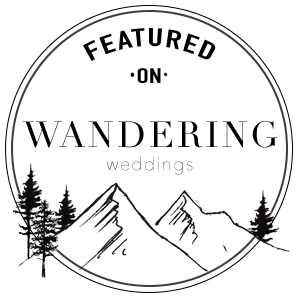